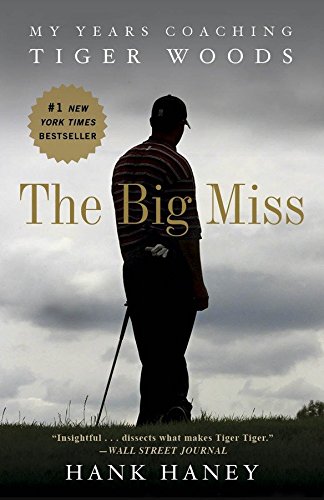 Three Rivers Press CA Hank Haney's candid, surprisingly insightful account of his tumultuous six-year journey with Tiger Woods, during which the supremely gifted golfer collected six major championships and rewrote golf history. Hank was one of very few people allowed behind the curtain and observed Tiger in nearly every circumstance. There's never been a book about Tiger that is as intimate and revealing--or as wise about what it takes to coach a star athlete.

From 2004 to the spring of 2010, Hank Haney was Tiger Woods's coach, and Tiger was Haney's only client. In that period, Tiger won more than a third of the tournaments he entered and six of his fourteen major titles. Haney felt hugely honored to help Tiger with his swing, and he approached the job with intense absorption and attention to detail. Haney was with Tiger 110 days a year, spoke to him over 200 days a year, and stayed at Tiger's house up to 30 days a year--sometimes affording him more contact with Tiger than either the athlete's agent or caddy. Haney saw his student in nearly every circumstance: in the locker room; on the course; with his wife, Elin; and relaxing with friends. Haney was there through it all, observing how Tiger's public identity sometimes meshed awkwardly with the roles of husband and friend, and how the former child prodigy came to have a conflicted relationship with the game that made him famous....